The #1 Tip to Increase Engagement on Social Media

You are here: Home / Small Business Marketing / The #1 Tip to Increase Engagement on Social Media
November 27, 2020 by Windy Lawson 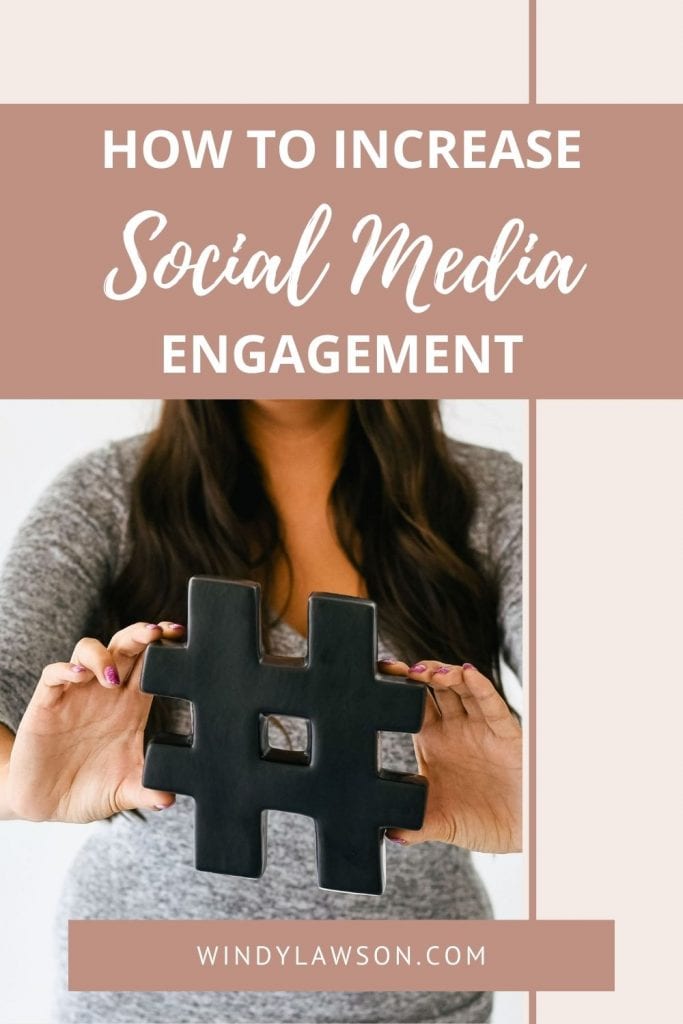 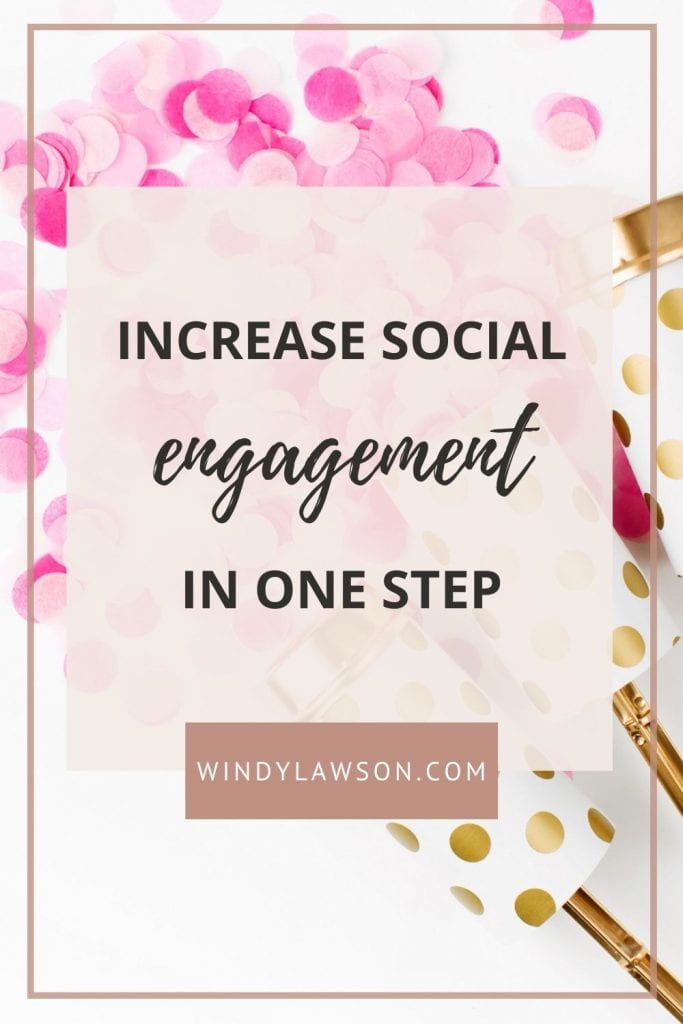 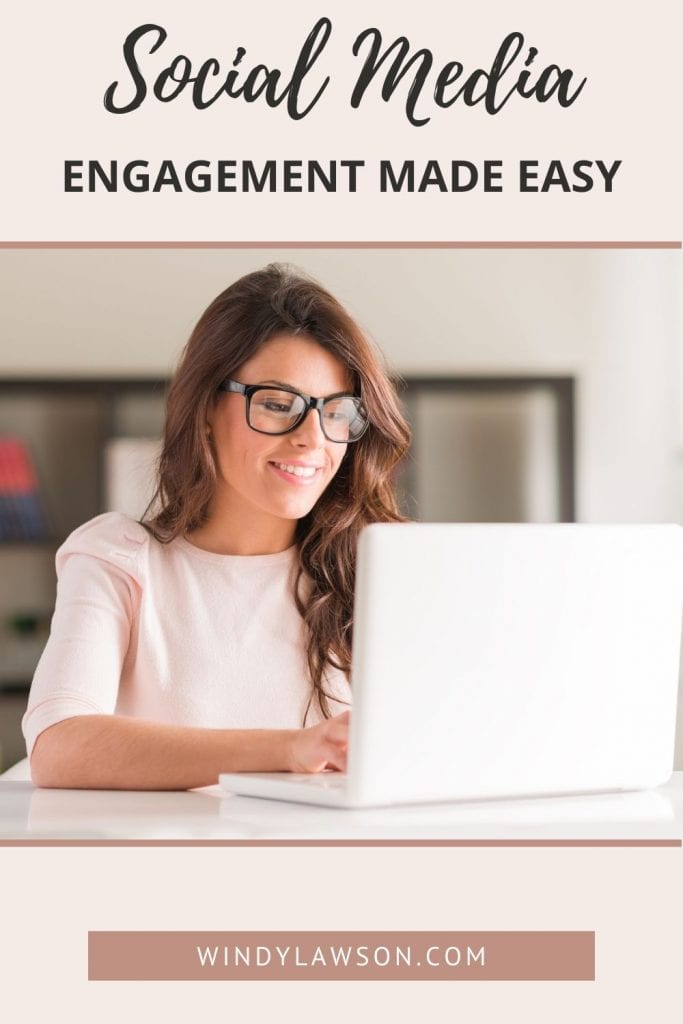 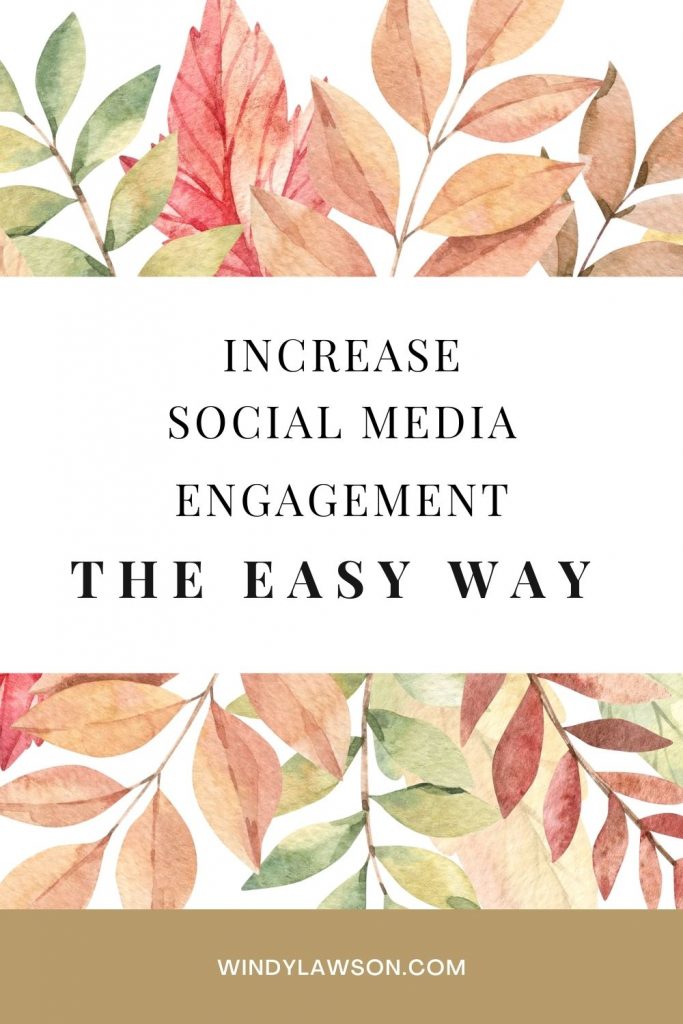 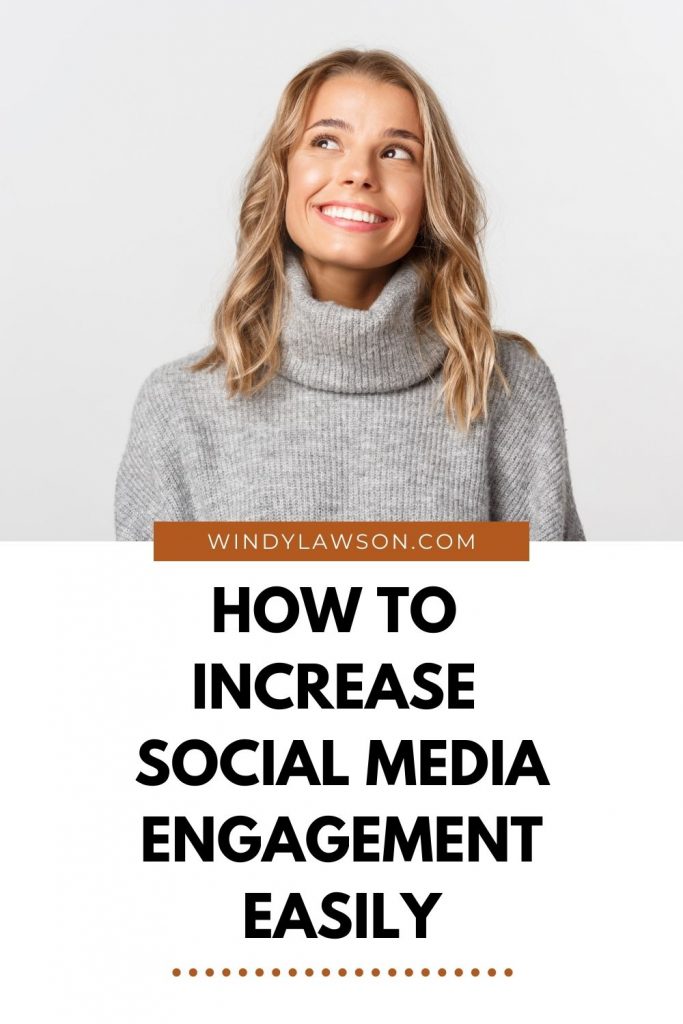 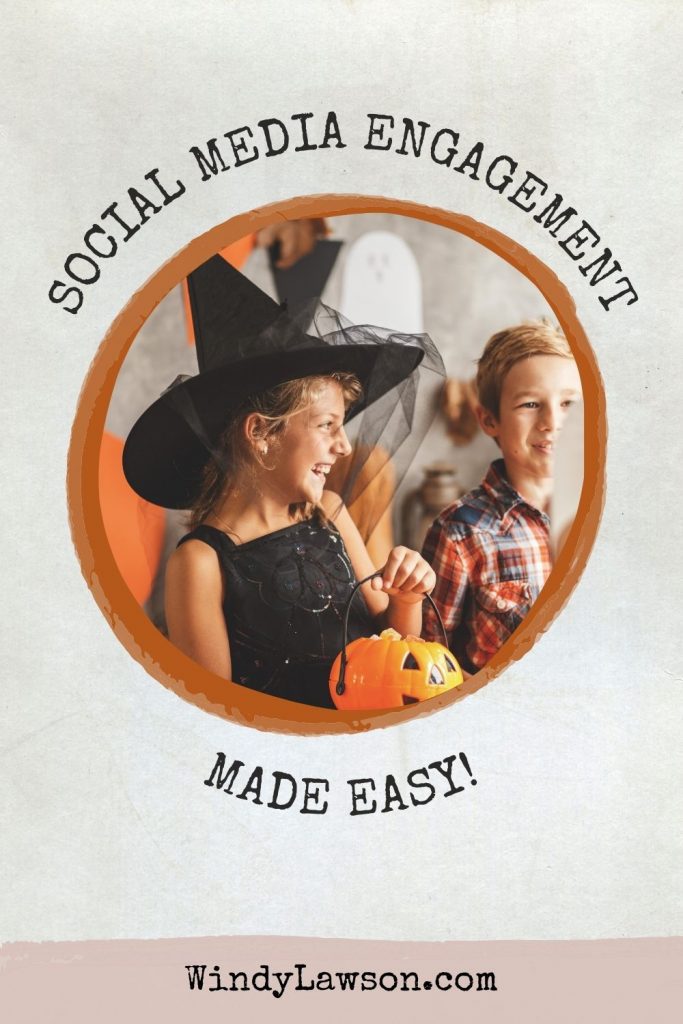 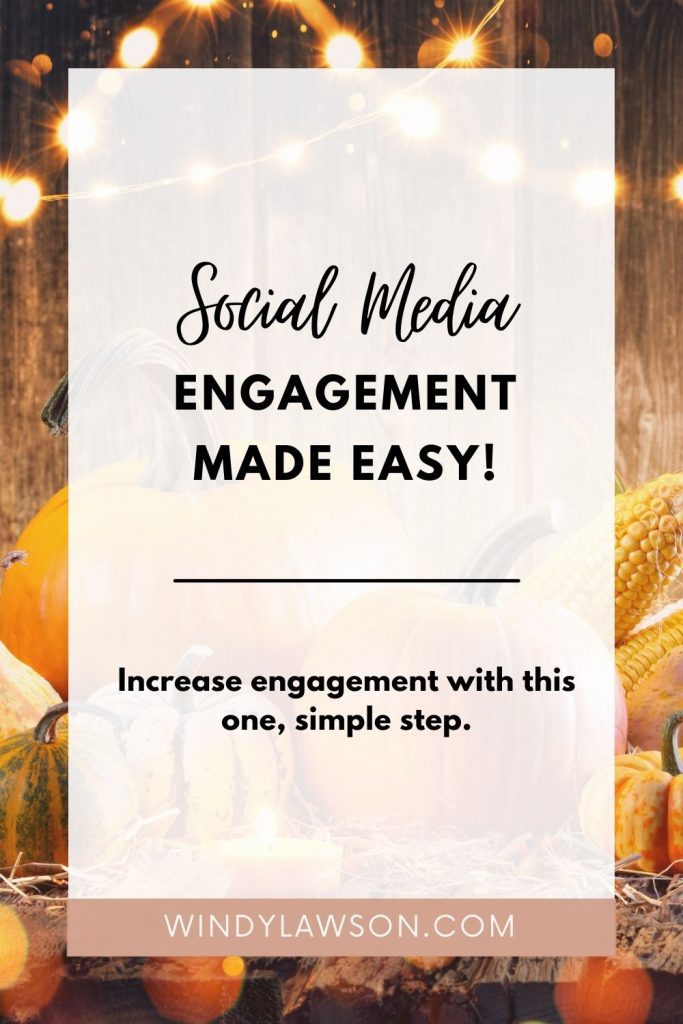 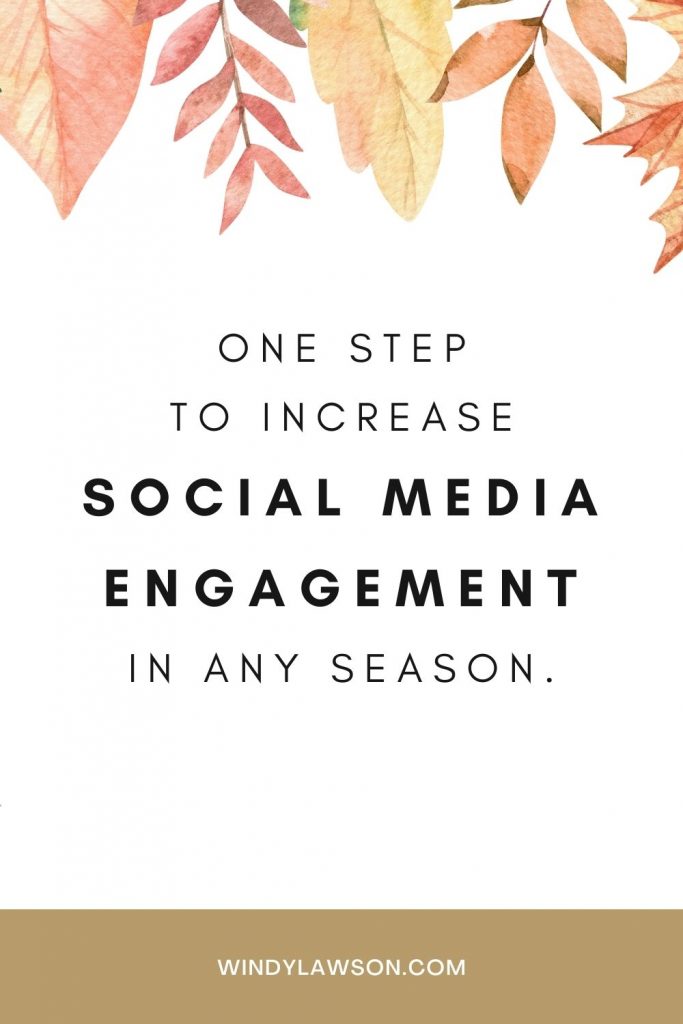 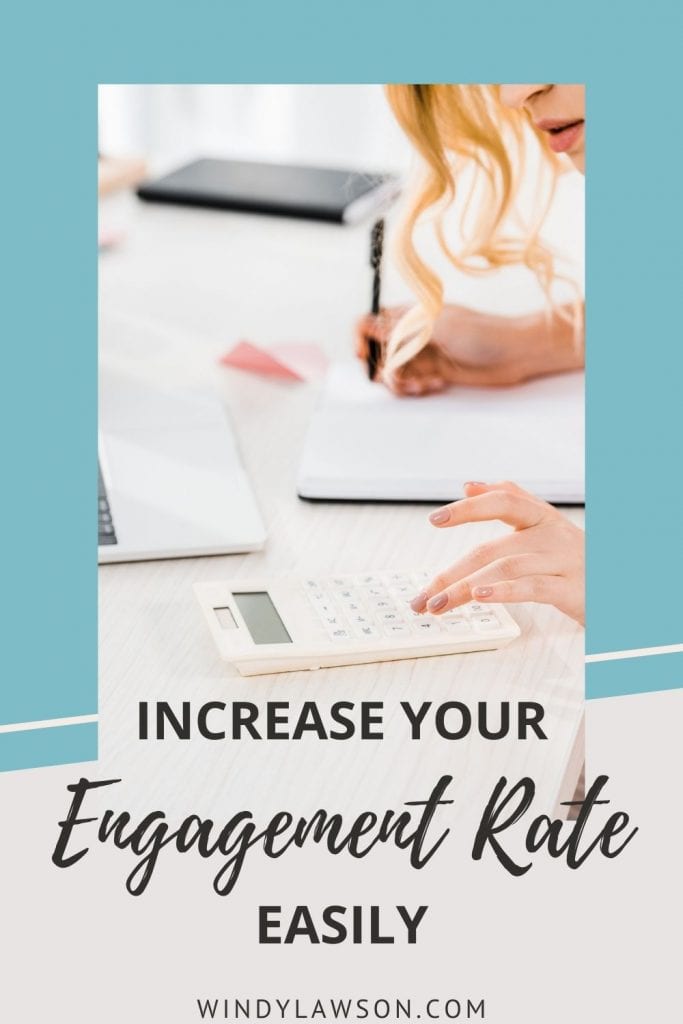 Even if you have a rock-solid strategy and are effectively mixing up the three categories of social media marketing content, it’s possible for your engagement to be in the toilet, which crushes your reach. But, it’s easy to fix using the #1 tip to increase engagement on social media.

What Is Engagement on Social Media?

Engagement refers to someone taking action – or engaging- on your content. The follower likes it, taps it, hearts it, shares it, re-tweets it, re-pins it. The content causes some action on the viewer’s part.

Your engagement rate is calculated by dividing the number of actions taking on a piece of content by the total impressions for that content. Note, the impressions will not include all of your fans or followers. Not everyone will see everything you post.

In this example from my Facebook business page, my post was viewed by 305 people, and there were 114 engagements. So, my engagement rate is 37% (114/305). I have more than 700 followers, so my post was seen by less than half of my followers, but it was still a successful post, because those who did see it engaged with it.

For a microbusiness owner, aim for these engagement rates:

Why Does Engagement Matter?

Including social media is a no-brainer for the shoestring marketer. It’s free-fifty-free and super simple to have a presence and potentially reach a bajillion people.

But, the social media platform has invited every other microbusiness owner on the planet to their platform, too. And now they are trying to direct traffic for an enormous amount of data. There are 4,000 photos uploaded every second on Facebook. That’s just photos and doesn’t consider videos and status updates.

Enter the algorithm. The algorithm’s job is to keep visitors on the site as long as possible. And while none of the platforms have shared the secret recipe and seven spices used in their algorithm, engagement plays a large part in it.

When I engage with your content, it alerts the algorithm that I pay attention to you. Have you ever noticed that after you use Messenger to talk to someone, their posts start appearing in your newsfeed? That’s the algorithm.

You can read more about the Facebook algorithm here. But the takeaway is engagement is crucial to reaching your audience on social media.

So, What’s the #1 Tip To Increase Engagement on Social Media?

This is simple, but don’t confuse simple with easy. The #1 tip to increase engagement on social media is to include a Call-To-Action {CTA} on every post.

Many people equate a CTA with a hard sales push, i.e., buy this thing here. But that’s only a fraction of the story.

A CTA is merely directing the reader what you want them to do next. And the most potent CTA is creating dialogue.

On social media, we have the choice to engage in a monologue or a dialogue. A monologue is like me standing on the corner, yelling things at you while you walk by. That’s super-friendly, said no one.

On the other hand, dialogue happens when you and I engage in a discussion. I ask a question, and you answer it. Then I respond. It’s the heart of being social- we are talking about social media, after all.

If you’re using social media to have a monologue, you might as well yell your specials from the side of the road because you’re not engaging with your community.

The ultimate CTA is adding a simple question on every post, whether it’s connection, education, or promotion inviting your community to engage with you. The Call to Action is to answer the question. Ask for their feedback, what they would do, which they prefer, etc. If you ask, they will tell you. But most people won’t comment without you explicitly telling them what you want to know.

And, with each comment, you build communication and connection.

Let’s wrap this up with a little call-to-action. How often do you post a CTA on your social media posts? Tell me in the comments.

What to Post on Social Media: Three Categories
Is the Facebook Algorithm Is Out to Get You?
February Big Ideas for Small Business Marketing