Five direct sales lessons I learned from my cat 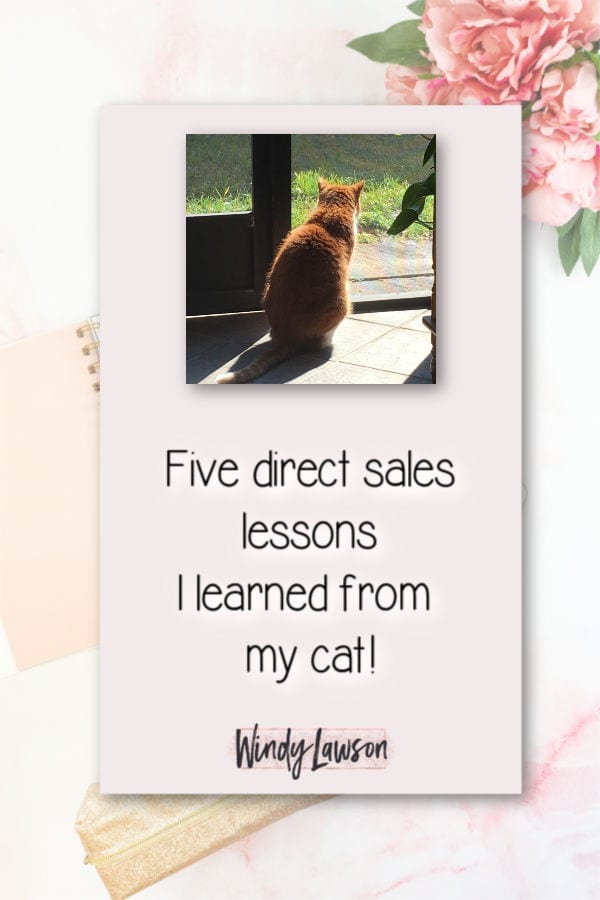 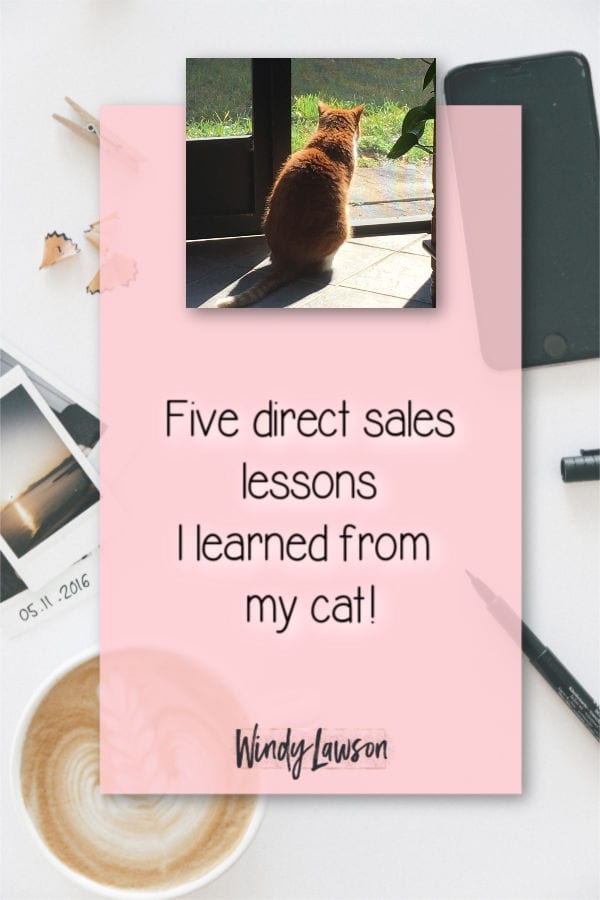 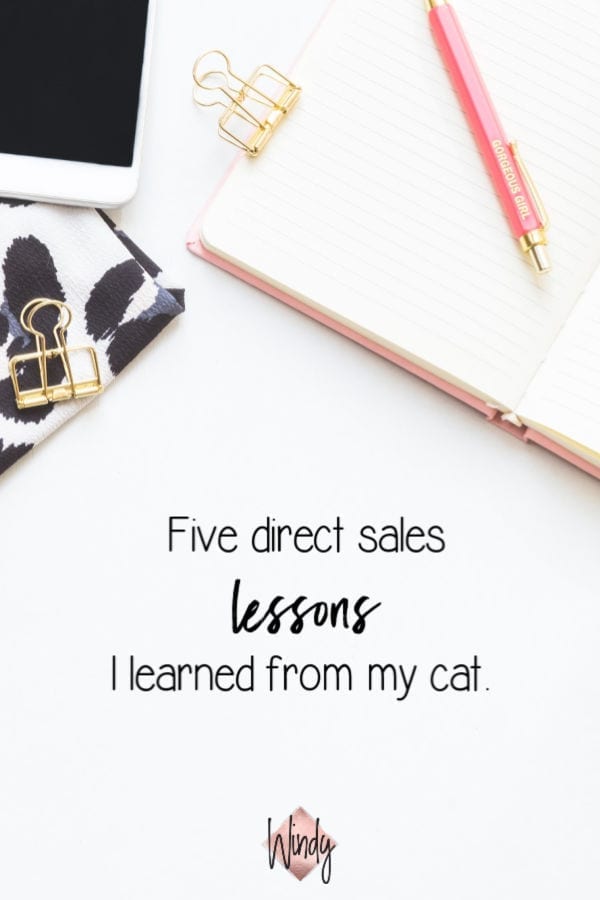 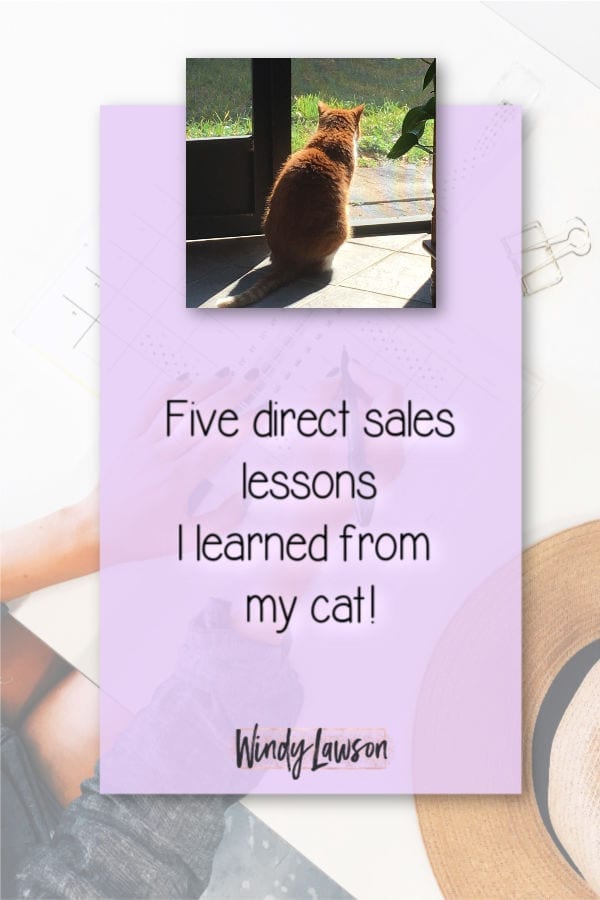 My cat Samson was 17 when he passed away suddenly. He was an awesome cat, who moved from Las Vegas to Florida to North Carolina back to Florida. Even though he made me crazy sometimes, he knew how to live.  Here are five direct sales lessons I learned from my cat.

When Samson first joined my family, he was my family. It was just he and I. A few years later, we added a dog- a really big dog- then a husband and another dog to our family. Samson may not have liked it at first, but he rolled with the punches and figured out how to make it work. Instead of sleeping on a pillow next to me (he was a prince after all), he started sleeping on top of me. My head, my shoulder, my hip, it didn’t matter. He was going to make sure he was the one closest to me.

In direct sales, things are going to change; rules will change, products will change, teams will change. When a brand announces big changes, it’s easy to fall into a the world is ending mindset. But it’s not. Direct Sales lesson one is to figure out how to adapt to the changes, as quickly as possible, and make them work for you. Find your new sleeping spot!

Samson was a championship napper. He could sleep anywhere! But he loved sleeping in the sunny spot. When we lived in North Carolina, the sunny spot happened to be on the stairs. Everyday, for a couple of hours, Samson would nap on the stairs. He’d start at the bottom and slowly work his way up the stairs, moving a step or two every 30 minutes as the sunny spot travelled from the first floor to the second. He’d open his eyes, have a stretch then move to the warm spot on the next step.

In direct sales, you’ve got to move around to find and attract your ideal customer. She’s not just hanging out at the bottom of the steps. She’s moving up the staircase too, from Facebook to Pinterest to Instagram over to Twitter. Develop your voice and have a well-rounded social media presence. Direct sales lesson two is to follow your sunshine. When you find your sunny spot, you’ll feel it!

If you’ve ever lived with a cat, you already know that they will get what they want. It’s only a matter of time before you are their servants and at their beck and call. One of Samson’s favorite places in our house was my office chair. If I had the audacity to be sitting in the chair when he wanted it, he was relentless with poking my leg until I got up and relinquished the coveted seat to him. When his food bowl wasn’t completely full, he wouldn’t eat, he’d stand at my feet and meow and until I filled the bowl. If I was using a chair he liked to sleep on for a photo shoot, well, he was going to get on the chair anyway. And if he wanted to be on the lanai, it didn’t matter the hour, 7 pm or 3 am, he was going to scratch on a door until someone opened it for him.

Direct sales is not for wimps. You have to know exactly what you want and go after it. If you want to book a party or sign up a team member, you’ve got to ask. And ask again. And then ask again. You have to be persistent, although I’m not advocating scratching on your neighbor’s door until she books a party. Don’t give up! It might take a week, a month or a year, but eventually, someone will get out of the comfy bed, put on their slippers, disable the alarm and open the sliding glass door to the lanai.

Lesson #4: Take the leap (even if you have to do it scared)

In Las Vegas, Samson and I lived in an apartment on the second floor and in the evenings I would leave the door to the balcony open for him. He’d sit out there and sniff the air until it was time to go to bed. One night, I went out to get him and he was gone. I was convinced he had jumped on the railing and fallen off. I rushed downstairs, expecting to find him in the grass beneath my apartment, but he was nowhere to be found. For two days, I walked around my huge apartment complex with an open can of tuna, calling his name. On the third day, he came home, filthy and exhausted from his adventure. About a week later, he went back on the balcony, immediately jumped up on the railing and down to the ground.

Up until then, Samson was strictly an indoors cat. But he saw the great outdoors and wanted to check it out. Since I wasn’t going to let him out the front door, he literally took a leap off the second story balcony to go get what he wanted.

In direct sales, you’ve got to be willing to take the leap and then another. And its going to be scary. It’s going to be uncomfortable, but that’s the how you grow. Booking your first party, your first vendor event, going live in your Facebook group or on Periscope, creating videos for YouTube are all scary the first time you do them. They do get easier and eventually are even fun, but you’ve got to take that first leap, even if you’re terrified while you are doing it!

Samson was an eight-pound cat. And he was in charge of our house. The 70-pound German Shephard and 55-pound Pit Bull moved out his way. About a week before he died, he was sleeping in a chair on the lanai. It was cold, so I had made a little nest of blankets on his favorite chair for him to snuggle in. Brandy, the pit bull, didn’t realize he was in the chair and she jumped up on it. Samson woke from a dead sleep, gave Brandy a swat and the dog got off the chair. Samson, despite being the smallest member of our inter-species pack, was the alpha. He knew it, the dogs knew it, the humans knew it.

In direct sales (and in life), your attitude about yourself sets the tone for how others see you. If you believe you are a leader (and act like a leader), you will be the leader. Long before you have a team of your own, you can be a leader! Your attitude is everything. So make a choice to stay positive, stay focused and be the light that others are drawn to.

I hope these five direct sales lessons I learned from my cat have given you something to think about in your own direct sales journey.

Need more goodness like this in your life? Why don’t you invite me over to your place? And by place, I mean your inbox. Subscribe to my newsletter and you’ll score my free-fifty-free Crafting Your Mission worksheet, plus periodic love notes from me. See you in your inbox!

Ready to get your small business budget under control? Snag my free Cost-Cutting Checklist here.

4 Reasons to Get Your Booty Out of Bed Earlier
The Mastermind Experience
Accountability: Powerful Ingredient to Small Business Success

That Time I Did a Thing 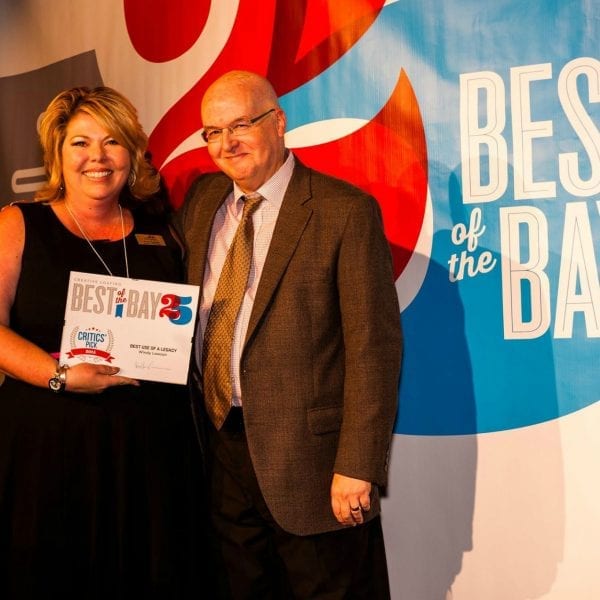